Jewish NYC is one of the communities that defines New York City. We are the world’s largest Jewish community outside Israel.

Jewish intellectuals played important roles in Christian and Islamic Spain, and the culture of NYC and the United States. Many New York Jewish traditions have become American traditions.

NYC is the largest Jewish community outside of Israel.

Continue Reading The Celebrate Israel Parade 2022 Brings Us Together Again!

Never forget Holocaust Remembrance Day, when Auschwitz-Birkenau was liberated and the Shoah could no longer be denied, on Fri, Jan 27.

The Celebrate Israel Parade marches down Fifth Avenue on May 22. celebrateisraelny.org 🇮🇱

Remember Kristallnacht, so it doesn’t happen again, on Wed, Nov 9.

On Giving Tuesday, support the arts, in the modern tradition started by NYC’s own 92nd Street Y, on Tue, Nov 29.

Afterlives: Recovering the Lost Stories of Looted Art is at the Jewish Museum in the Upper East Side to Jan 9, 2022. thejewishmuseum.org

Sephardic basically means Spanish Jewish. We are not necessarily Latin, but Spain’s Sephardic community helped recover Europe’s Greek heritage from the great Islamic libraries until the Spanish Inquisition of 1478.

New York’s first Jewish community, Shearith Israel, arrived in Dutch New Amsterdam in 1654 fleeing the Inquisition in Brazil. The Community’s official request to remain, made New Amsterdam and then New York, an open city forever after.

Giving Tuesday has become a universal holiday tradition. It was started at the 92nd Street Y, the Jewish community and cultural center in the Upper East Side.

New York City is the largest Jewish community outside Israel. In 1654, the Jewish community that became Shearith Israel made New Amsterdam (New York) an open city for all who are willing to work and be governed.

The Hasidic community in South Williamsburg, Brooklyn is one of New York’s iconic Jewish communities.

We tend not to think about it, but there are many Jewish businesses and cultural organizations in New York City. Continue Reading Shearith Israel is the Spanish and Portuguese Synagogue New York is the city with the world’s largest Jewish population. The first Jewish community to arrive in New Amsterdam in 1654 is still here. It’s the Sephardic community Shearith Israel. Sephardi are descendants of Spanish and Portuguese Jews who were expelled from Iberia in 1492.

The community’s struggle for acceptance is what made New York a city open to all who are willing to work and be governed. Probably more than anything else, this has been New York’s greatest blessing. New York is the city of work. We are the capital of the world because everyone is welcome here. April 12 – September 8, 2019
Closed Wednesdays
UPPER EAST SIDE, NYC ~ One of the great poets of the 20th Century also knew exactly where the light enters you

Continue Reading Leonard Cohen: A Crack in Everything at the Jewish Museum This Brazilian collection is a like a good museum of modern, post-war and contemporary art.
MUST SEE
Hauser & Wirth
Chelsea, Manhattan
Tuesday – Saturday
April 26 – July 27, 2018 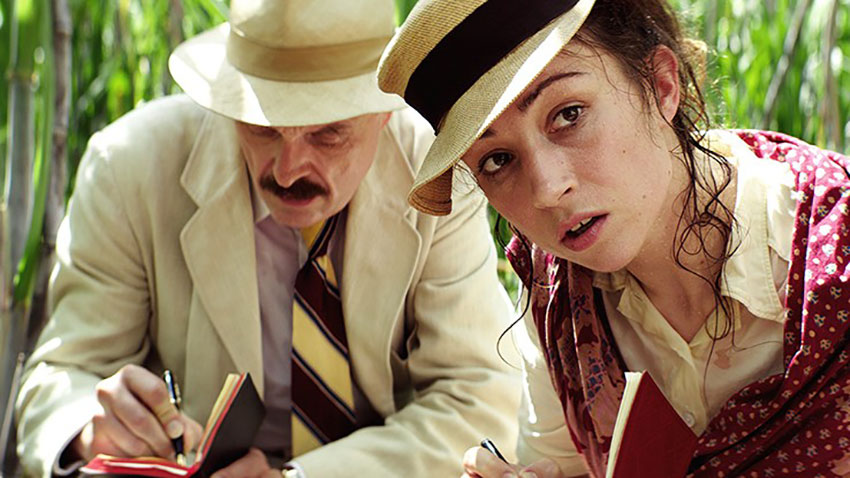 The Austrian-Jewish writer was one of the great international writers of the 1930s. When Europe self-destructed, he saved himself through exile in Brazil, but never stood up to Fascism. Opened May 12. Now playing at Lincoln Center Cinemas in the Upper West Side, Fri, May 19, 2017.

The Argentine conductor talks about conducting, Tango, the immigrant experience, and the ends of the world before conducting the world premiere of Martín Palmieri’s Tango Credo at David Geffen Hall at Lincoln Center

Continue Reading Who will write our history

The Jewish homeland is a sacred place for all the Abrahamic faiths whether they be Jewish, Christian or Muslim.